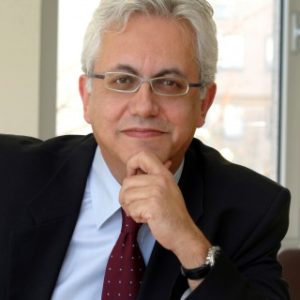 Khalil Rouhana has been the Deputy Director-General in DG CONNECT since 1 December 2016. His responsibilities include the policies for digital economy and society and notably for research, innovation and industrial strategies, digital solution for societal challenges and governments as well as cybersecurity. Before that he was Director for Digital Industry in DG CONNECT supporting the competitiveness of core digital sectors in Europe and the digitisation of all industrial sectors of the economy. In his previous experiences in the Commission, he was the Director for Digital Content & Cognitive Systems, the Head of Unit in charge of ICT research and innovation strategy, and started as a project officer in the ESPRIT programme in the areas of High Performance Computing and Future and Emerging Technologies. Before joining the Commission in 1992, he was for five years the director of an institute and school of engineering (Grande Ecole) in France. He started his career as research and development engineer for the aeronautics industry, worked for the French University in Beirut and also created his own engineering company. He has a masters degree in electrical and electronic engineering from Ecole Supérieure d’Electricité (Supelec, France).